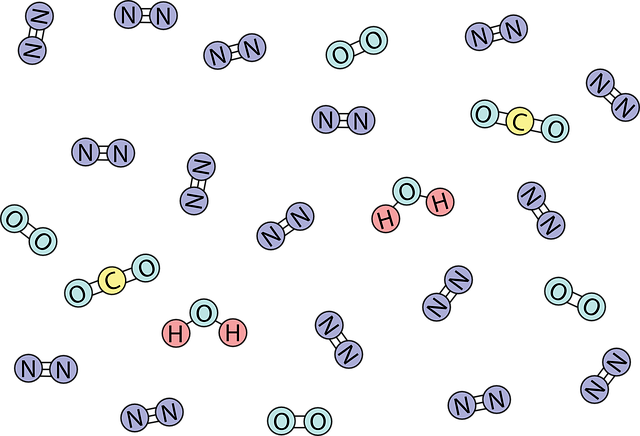 The carbon footprint problem with selling on line

Facing facts, our Etsy shop Hyperantique is a recycling company. This is because we only sell used vintage items. These items have for the most part already “spent” their carbon decades ago. That puts us at an advantage over shops that make or sell new items but we also know that packing and delivering our products should be considered in the carbon equation. We wanted to take steps to lessen the impact of our packaging and shipping activities so that we might make a small difference.

The Simple Facts About Selling On-line

We figured that most of our footprint was in the cardboard, packing supplies and the transportation to get these supplies to us. To help fix that  we decided that planting trees would be a good way to offset our impact. We also looked at the transportation and shipping of our products to the customer as our second most intense carbon creating activity.

To offset shipping we decided to align with a charity that promotes renewable energy. We liked the idea of taking action to offset our carbon footprint so much that we wanted to share it with you.

After about a week of searching for a way to donate to a charity that would offset our carbon footprint we found doing it directly through Etsy a difficult task. We learned that it would be much easier to just set up a special account and put aside monies from each sale. We could then donate once or twice a year or when the monies were more significant.

The reasons for this decision were twofold: Etsy (for good reason) is very particular about how you advertise your charitable donations. They want you to follow an Etsy process. Also, most charities that we found had a high bar set for setting up a corporate donation program. Many have a difficult signup process. We also found that many set minimum giving goal levels for corporations. We decided that we are way too small to deal with all of that so we decided to do it a bit more covertly and simply.

A Step by Step Process

Here is a step by step review of what we are doing at Hyperantique to help offset our carbon footprint: 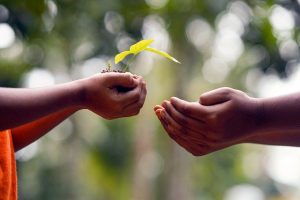 We made a broad category list of the types of charities that were designed to enhance or preserve the environment. We liked a charity that just plants trees. We wanted to keep it really simple so we sought out a group that works with the Arbor Day Foundation.

We also liked a charity that sought to invest in the promotion of renewable energy. Again, keeping it simple and staying away from overtly political groups was important to us.

We then researched charities that were in the categories we listed. We used Charity Navigator to sort out the most efficient charities. We only wanted to deal with the highest rated charities that delivered the most of the proceeds to the selected charity purpose.

We considered modifying the terms in our Etsy shop to make mention that we donate a certain dollar amount per sale along with a list of charities that deal with improving or preserving the environment. That thought was rejected for a umber of reasons. Mostly because Etsy has rather strict policies on mentioning donation activities. They require that you obtain explicit written permission from the charities in order to mention them in your shop. When we tried to obtain permission we ran into a very high “cost of entry” in process. Most charities also require a corporate agreement that usually comes with a pre-defined level of giving so we passed on that. We also considered that you might offend as many people as you attract simply by mentioning your charitable activities. Another good reason to not describe our plans in the shop.

So you can see for yourself here is a link to Etsy’s donation policies here. While they are not too complex the devil is in the details. Getting written permission to list the entity is a lot harder than you might think. Most of the really effective charities we looked at appeared to want to streamline their interaction with donators. We understand why but still, kind of disappointing.

So, we now set aside a small amount of each sale in a special account so that once it hits a certain level we make a donation. We go back and forth between a hard dollar amount and a percentage of the sales lining price. We will fine tune that part of it as we go.

The main reason we chose to take the charitable donations off line is that most charities set thresholds for donations from companies and we did not think we could easily meet those thresholds.  It did not make sense for us to make transaction based donation but knew that donating perhaps quarterly would be much easier to manage.

We hate spam too